Drilling is an important part of mining mines. The equipment used is mainly the top hammer drilling rig or DTH drilling rig. These two are suitable for different mining operations, and the wrong use will cause huge losses. If you want to know the difference between these two rigs, keep reading. 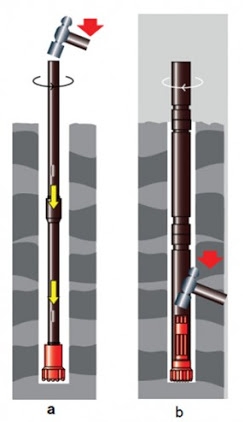 The impact force of the top hammer drilling generated by the piston of the pump in the hydraulic drilling rig is transmitted to the drill bit through the shank joint and the drill rod, which is the most different from the down-the-hole drill. At the same time, the percussion system drives the drilling system to rotate. When the stress wave reaches the drill bit, the energy is transferred to the rock in the form of penetration by the drill bit. The combination of these functions can drill holes in hard rock.

However, top hammer drilling is usually used for the maximum diameter of 127mm, and the depth of the hole is less than 20M, which has high efficiency.

In Top Hammer Drilling the hammer produces a percussive force on the drill rods or tubes, which is transmitted to the drill bit. The feed device is usually attached with a hinged boom to a mobile unit. The percussive system strikes the drill rod, for example 2,000-5,000 strikes per minute, and the rotation speed can be, for example, 60-200 rounds per minute. Together these elements make it possible to drill holes in the hard rock. The excess material (cuttings) is flushed up from the bottom of the hole by means of pressurized air or water. Top hammer drills are primarily used in mining, construction and quarrying of rock material. Top hammer drilling, combined with the “drill and blast” method, makes the whole excavation process extremely efficient.

The down-the-hole drill uses compressed air to drive the hammer behind the drill bit through the drill rod. The piston directly hits the drill bit, and the hammer cylinder provides a straight and stable guide for the drill bit. This keeps the effects of energy from being lost in the joints and allows deeper percussion drilling.

In addition, the impact force acts on the rock at the bottom of the hole, which is more effective and straighter than other drilling operations.

DPH drilling is more suitable for large holes in hard rock drilling, especially for rocks with a hardness of more than 200Mpa. However, for rocks below 200 MPa, not only energy will be wasted, but also the drilling efficiency will be low, which will cause serious wear on the drill bit. This is because when the hammer's piston strikes, the soft rock cannot fully absorb the impact, which severely reduces the efficiency of drilling and slagging.

The hammer is fully fluid actuated. It is composed of two mobile parts: a valve, controlling the flow and a piston that strikes on an impact surface directly linked to the bit. The hammer body gives straight and stable guidance of the drill bit. 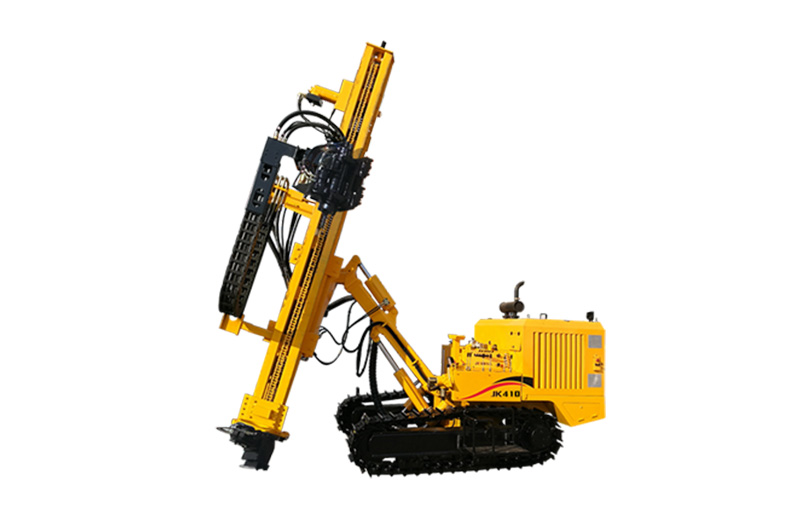 ㆍThe most suitable for hole diameter between 25–127 mm.

ㆍGenerally, the hole depth is less than 25 meters.

ㆍAdapt to a stable and uniform hard rock. 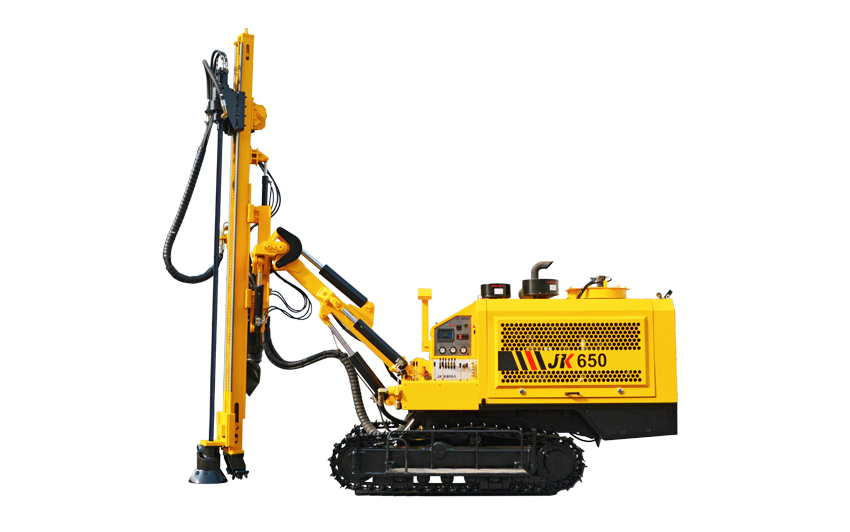 JK650 All In One DTH Drilling Rig

Down the Hole (DTH) Drilling Rig

ㆍThe most suitable hole diameter is 100–254 mm, in special applications can be up to 2M And the minimum can be around 50 mm as well.

ㆍTheoretically drilling depth is limited by back pressure only (can be up to several kilometers).

In summary, each drilling rig has its own advantages. When choosing the equipment, you can first look at the actual situation of your project, and decide which type of rig to choose according to the rock formations, geological formations, and working environment of the construction site.

JK Drilling is a large enterprise specialized in the development and manufacture of all kinds of DTH Drilling Equipment. The major products include All-In-One type and separate type DTH rock drilling rigs, DTH well-drilling rigs, and construction drilling rigs.

If you need drilling rigs of high quality, please contact us!

Previous: The Maintenance of the Hydraulic Drilling Rig

Next: Factors Affecting The Purchase Of Water Well Drilling Rigs