Water Well Drilling Rigs Supplier shares that drilling is a system engineering, is a multi-professional, multi-work using a variety of equipment, tools, materials for joint operations. At the same time it is multi - procedures closely linked, multi - link continuous operation. The whole process of construction is quite complex.

Each well is completed in three stages: pre-drilling, drilling and completion. Every single project 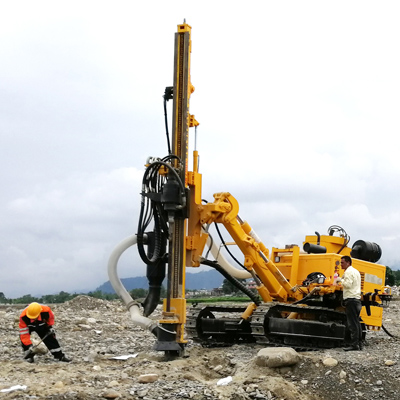 Current situation of the development:

In recent years, the global drilling workload continues to increase, with more than 110,000 Wells drilled worldwide in 2012. China is now the world's second largest oil rig.

In recent years, with the continuous increase of exploration and development workload, drilling workload presents a significant increase trend. The annual drilling number of petrochina has exceeded 20,000 and the drilling footage has exceeded 4,000 X 10,000 m. The increased workload has ensured continued improvement in China's proven oil and gas reserves and production.

That's all for the sharing,and we supply Water Well Drilling Rigs for sale, if you have any demand for our products,just feel free to contact us.

Next: [Water Well Drilling Rigs for sale]Classification of the drill bit